Will Virtual Reality fly this time?

This is what average consumers, video game players are wondering, and also game / app developers. Should dev teams jump in early or it’s a waste of time and money? 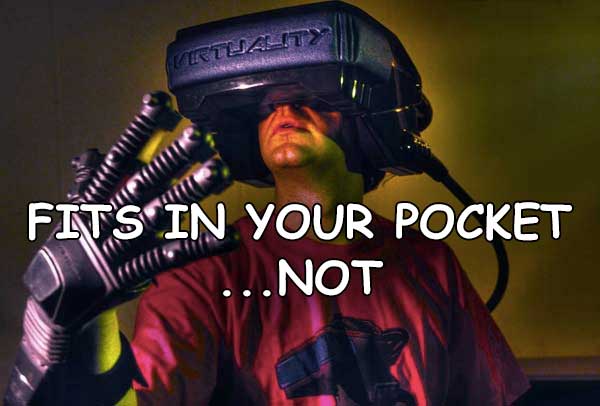 In the past, there has been many attempts to bring the world of Virtual Reality to the average consumer. It has failed every single time, I’m going to throw a few product names from the 90′s and you won’t even blink:
Nintendo Virtual Boy, iGlasses (nop, Apple didn’t come with the “i” first), VFX-1, and Virtuality. Prices were pretty reasonable too, ranging from $600 to $2K.

In 2016, we’ve got tons of new, promising Virtual Reality (VR) devices coming out. To name a few, we’ve got Oculus Rift, HTC Vive, Playstation VR, Meta, and Microsoft Hololens.
The world of Virtual Reality has never been so close to become a reality.
But anyone who looks at the past is asking the same question:

Will Virtual Reality finally take off this time or it’s just a fad?

Looking at the Virtual Reality devices from the 90′s, we can quickly see that the major reasons why they failed to become everyday’s devices is that the time was not right. Computer Graphics Imagery (CGI) was still in its debut and could not be up to the task of simulating reality.

But let’s leave the 90′s VR gadgets in the past and look at todays’ gadgets.
We’ve arrived to a point where we can simulate the real world in real time.
If you haven’t looked at what today’s game engines can do, I invite you to take a look at Unity’s real-time demo of Adam, presented at GDC 2016.
Since the iPhone and Android smartphones came out in 2007, there hasn’t really been any new devices that’s made it the the main stream. Sure, many devices have seen the light of the day and have somewhat seen a glimpse of success, but nothing compared to the smartphones.
Let’s take a look at some of the major products that have come out since:

- Smartwatches such as the Apple Watch and Samsung Gear
- Smart straps such as the Fitbit, Jawbone Up, and Nike+ Fuel
- Tough cameras such as the GoPro, and Polaroid cube
- Drones (most of them are glorified RC vehicles)
- The curious case of the Google Glass

Why would the upcoming VR products make it this time?
Nobody is talking about it. Why is it different this time?

Pros:
- Big players are investing real money (billions) into Virtual Reality.
- Again big players, they are raising the attention of the general public, creating a network effect. More people are aware of it and are discussing it which creates a ripple effect where everyone’s talking about it, and potentially getting a device, making VR available in every household.
- Today’s real-time computer generated imagery has the power of being indiscernible from reality
- hand tracking. Products like Meta actually understand your intent by having your tracking your hand gestures.
- We’ve seen demos of people using these devices and freaking out! Yes, this is the first time in history that people’s brain believe VR output feels real. This alone can be the tipping point.

Cons:
- The devices look weird, if not unnatural. I mean, take a look at Oculus Rift or Playstation VR… The devices are just oversized boxes you strap around your eyes. Is this the best they could come up with!!!
- Google has dropped the ball on Virtual Reality with their failed Google Glass project and is now betting on Augmented Reality, having investing half a billion dollar on MagicLeap (yes, nobody really knows what they’re up to and that’s freaking people out! In a good way…)
- No major company is talking how and why it’s going to happen this time.
- Unlike smartphones, you can’t take the product outdoors. Do you see yourself walk in the streets with a Samsung VR device wrapped around your head? You’ll bump into the first pole you’ll encounter.
- Apple, THE major player in the gadget industry is nowhere to be found. As usual, they are waiting for other companies to make mistakes first and jump in when the time is right.. if there is such a time EVER.

What is www.AppsFresh.com going to do about Virtual Reality?
Well, at this time it’s a gamble. You bet for or against VR by either staying away from it or putting time and money into it.
The AppsFresh team is excited about Virtual Reality and we’re going in, the smart way. We’re not going to drop what we’re doing and jump into VR. No way José! We’re extending what we’re already doing.
We’re creating games and apps, source codes and courses. We’ll reuse our knowledge and focus on the tools that can be used for what we’re already doing and just adding VR to the mix.
And right now this tool is Unity. That’s right, we’re going to focus on Unity source codes and course for the upcoming years because we can create courses, source codes, and graphics that can be published on mobile platforms (iOS and Android), video game consoles (Playstation, Xbox), and Virtual Reality devices (oculus Rift, HTC Vive, Samsung VR to name a few).
We believe you should do the same.

What’s your take on Virtual Reality and what would you want to do with it?