How to avoid copyright infringement when reskinning your app 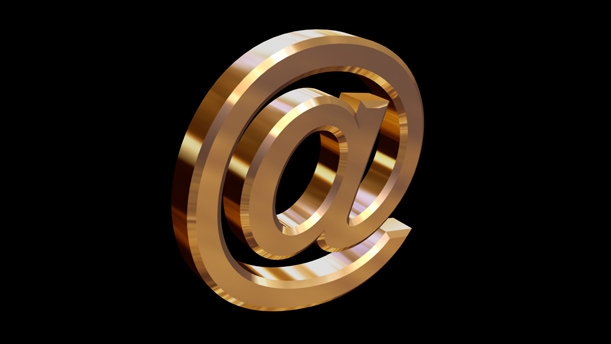 Creating an app from the ground up can be a daunting process. Not only is difficult to come up with that money-making idea that customers will flock to, but the real trouble comes when it’s time to begin programming your app to align with your dreams. If you are developing the app yourself, it could take months and months to get the code right. If you’re a beginner, you can expect the process to be doubly difficult. If you’re hiring a programmer to take care of the process for you, it will be expensive and remain a lengthy process. And of course, none of this work guarantees your app’s success in the competitive world of app creation out there.

For many people, this process just doesn’t seem worth it. That’s why the new practice of app reskinning or app flipping has grown in popularity with the rise of the app market. This practice allows developers to create apps in a much shorter period of time while retaining a solid and functional design.

App reskinning and app flipping can be accomplished by first purchasing what is called the source code of an existing app. Essentially, a source code contains all of the code that makes that app the unique bit that it is. Then, all developers have to do is give the source code a facelift by slightly changing the design, renaming the app and its elements. Putting even a little spin on an old app can result in a creative and successful new product with minimal work and cost. Most of you probably know by now, the gigantic success of the Flappy Bird app story, which motivated waves of app developers to resort to reskinning that same game into numerous clones and variations, such as “Flappy Smash” for instance, which ranks at the top on the iTunes App Store.

However, the trouble with reskininng apps is that it can be difficult for developers to know how much to change them. It’s important to change an app enough to avoid copyright infringement laws, but simultaneously, a developer doesn’t want to spend too much time customizing it unnecessarily as this can result in extended expenditures.

In this article, we’ll go over the bases that you need to cover when participating in reskinning or in order to ensure that you have created a product that is unique enough according to law. This will help you churn out new apps at the quickest possible rate as well as help you avoid any legal trouble with your new creations.

A legally safe process of re-skinning apps starts at the very beginning. To avoid troubles, be sure to purchase a source code under completely legal circumstances. Though it is possible to get an app code under the radar, often for a lower price, to avoid any legal trouble in the future, a source code should be bought from well known, reputable vendor and legally compliant companies. Some of these source code companies include sites like Appsfresh and a few others.
Something else to keep in mind when purchasing a source code to use for app flipping is to be certain of what the code you are buying legally allows you to do. If you buy full rights to an app, it means that are you free to participate in app flipping. However, there are buying options that don’t include this privilege. Source codes with limited licenses for instance, may end up getting you into trouble with the law later on if you don’t know what you’re doing.

The next step in the process of app reskinning is to understand copyright law. Do a little research yourself to get a feel for what kinds of things are protected under law when it comes to app development. Though we’ll give you the basics as a guideline, it is important for you to understand what may get in the way of you creating the app design that you have in mind. A good general rule to keep in mind is that most of the material on the web is already copyrighted.
If this rule stays in the back of your mind when you rush to get your graphic assets, images, sounds, app screenshots, you’ve come a long way.

Next, while going through the reskinning process, you should be aware of legal resources that are available to supplement your source code. First, understand that you can safely use any material that is a part of what is called the public domain. This is material that copyright laws no longer apply to. For instance, a work can be out of copyright due to age. Other great resources are stock photos. To go along with your app flipping business, various websites like iStock  will provide you with huge resources of image assets.  Though usually you will have to pay for the use of stock material, the full rights for these images can generally be purchased at a low price and then, you will be able to use the images however you choose.
Same goes for sound effects and background musics that you may need for app flipping and the development of your game apps. You could try out a few royalty free music websites like Melody Loops for example. One great tool provided by Google gives you the option to search for materials that can be safely used without fear of violating copyright infringement laws in the app flipping process.

If you are unsure of the rights of a particular piece of material that you’d like to use while doing the reskin of your app, see if there is any way to contact the owner or potential owner of a work. Ask what kind of protection the piece has and ask permission to use the work. If there is no way to contact the owner, it is better to be safe than sorry. Leave that bit of material out to ensure your good standing under the law.

Things that you will most certain need to change is the name and graphics of an app. It would be unwise to think that you could get away with keeping the well known graphics or title of an already existing app. However, in addition to changing these elements, you should also employ the rule of respect. This obviously won’t get you out of a legal bind, but it is a good, general rule of thumb when deciding whether you should change or keep an already existing element while app flipping. Consider whether or not you would want someone to take credit for that idea if you had been the one creating the original app and source code. If the answer is no, then you should refrain from keeping the element in your version of the app.

One final consideration is understanding the idea of what is known as “fair use”. Fair use is the distinction between using materials covered by copyright to your own ends versus using these materials as an expression or idea that is your own. Often, this distinction is flimsy at best and you’ll want to thoroughly understand how this related to app flipping before declaring your intention are covered under fair use law.

Overall, when participating in the activities of reskinning or flipping apps, check copyright laws to ensure the legal safety of your new product.